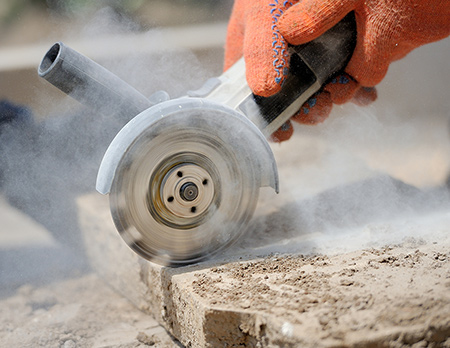 Examples of how to reduce silica dust, which can cause a potentially fatal lung disease, are a starting point. But the construction industry continues to look at practical ways to meet the standards and educate workers and supervisors about the requirements.
When silica dust is inhaled, it can scar lung tissues, sometimes leading to the lung disease silicosis, making breathing difficult. In some cases, it can cause death. The rule, issued in March 2016, lowered the allowable exposure level to silica by 80 percent.
“There is still a long way to go to total compliance,” Steve Smithgall, senior vice president for national safety and operations at commercial contractor Balfour Beatty Plc in Fairfax, Va., told Bloomberg Environment.
The Occupational Safety and Health Administration‘s enforcement of the rule (29 C.F.R. 1926.1153) is gradually gaining momentum since compliance requirements took effect Sept. 23. The agency and states using the federal rule cited 116 alleged silica violations at companies around the U.S. as of April 17, a Bloomberg Environment analysis of agency records show.
The number of violations in the initial six months is likely to increase since OSHA can take up to six months after an inspection to issue citations.
Increasing Awareness
Spreading compliance information—especially to small subcontractors—is a priority, Jason Harris, a construction manager for TRI Pointe Homes, a homebuilding company in Denver, told Bloomberg Environment.
“We’re just trying to get people aware,” said Harris, a member of the Job Site Safety Committee for the Home Builders Association of Metro Denver.
General contractors have to make sure their subcontractors comply with the rule because general contractors at sites where OSHA finds silica problems could face citations if the agency believes they were responsible for silica protections, according to Dan Johnson, managing partner of the safety consulting firm SFI Compliance Inc. in Denver .
OSHA citations have been limited so far.
Agency data that Bloomberg Environment reviewed show that when silica hazards are cited on job sites, they are usually grouped with other safety rule violations, such as fall protection, and part of inspections looking at all aspects of a work site‘s safety and health protections.  Read the Article By Bruce Rolfsen for Bloomberg Environment
Posted in Advocacy, Industry Articles
Scroll To Top