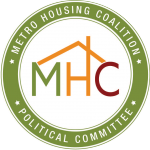 Downloadable Conflict of Interest form for Member Use 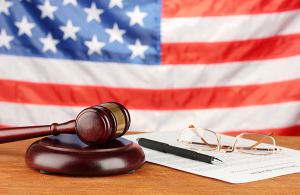 The Metro Housing Coalition (MHC) is the political arm of the Home Builders Association (HBA) of Metro Denver. Led by a Board of Directors composed of HBA builder and associate members, the MHC works to inform local and state governmental officials about homebuilding issues through the election process, individual meetings, workshops and events. 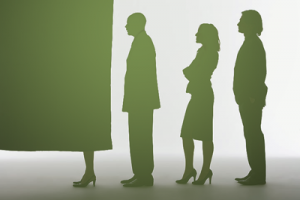 The MHC interviews and supports political candidates based on permit activity and issues within our territory covering thirty-four municipalities and eight counties in the metro Denver region. *Those who elect to interview with the MHC and those who support a vibrant and affordable housing market are those who receive an endorsement and/or a contribution from the Metro Housing Coalition. 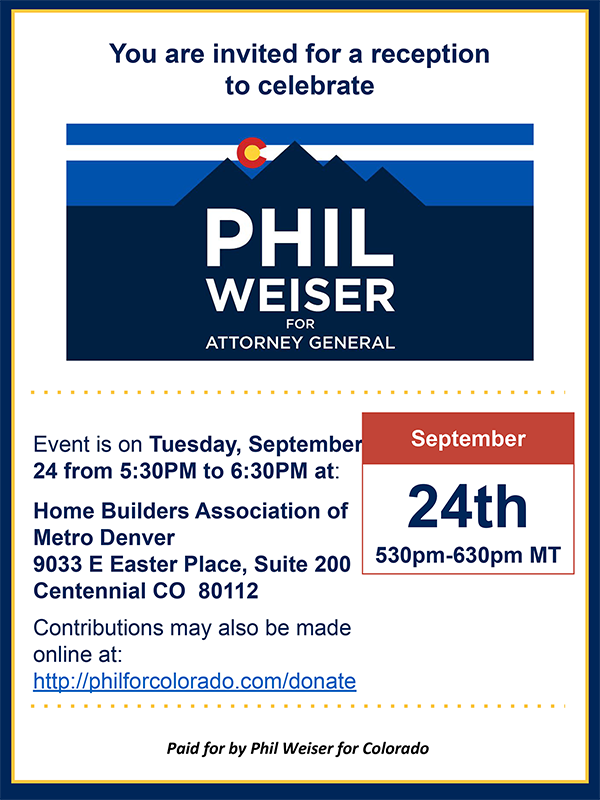 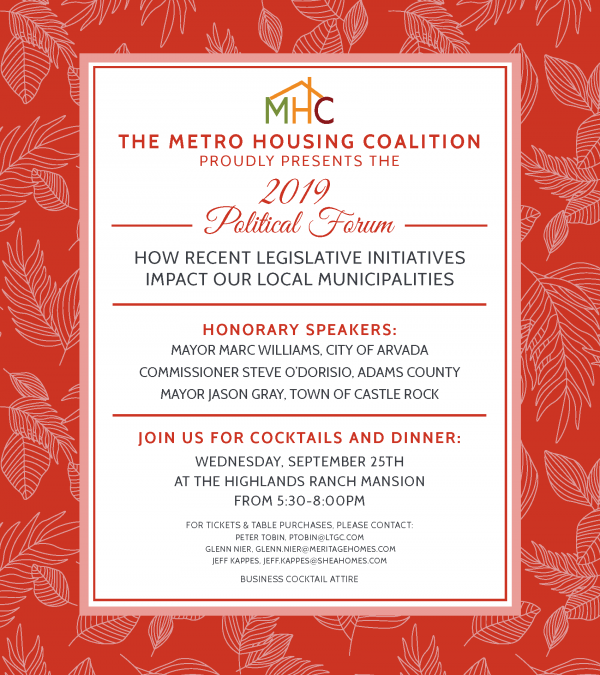 Contact Chérie Talbert HBA Chief Executive Officer & Executive Director of the Metro Housing Coalition Political Committee 303-551-6734 at any time during the year to secure the purchase of your table! 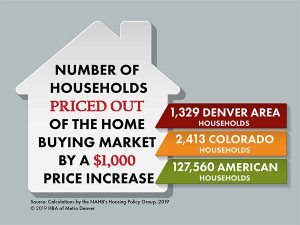 Increases in house prices and interest rates clearly have an impact on housing affordability. Often, stakeholders are interested in increases due to changes in government regulation. NAHB’s “priced-out” estimates provides a convenient way of putting these changes in context.

NAHB’s latest estimates show that nationally, a $1,000 increase in the price of a median-priced new home will price 127,560 U.S. households out of the market. Based on their incomes and standard underwriting criteria, each of these households would be able to qualify for a mortgage to purchase the home before the price increase, but not afterward. Read more

Track record
Over the past 5 years, 80% of those candidates who have been supported and endorsed by the MHC have been elected into office in the 34 municipalities and 8 counties within the Denver Metro area. We also support state level candidates either in a supporting role with our statewide association or directly as determined by an annual analysis of races.

Get to Know Us
The MHC Board of Directors is made up of a representation of home builders, developers, and associate members of the HBA of Metro Denver. The Board acts as the governing body of the MHC with the authority to establish policy and implement the objectives of the MHC. The Board consists of up to twenty directors.