NAHB recently released its 2020 priced out estimates. The new estimates 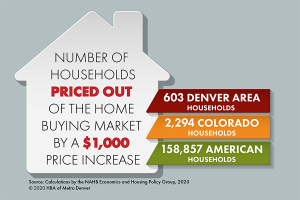 The number of priced out households varies across both states and metropolitan areas, largely affected by the sizes of local population and the affordability of new homes. Among all the states, Texas registered the largest priced out effects that a $1,000 home price increase could push 14,143 households out of the market, 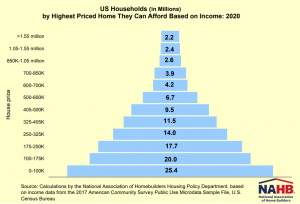 The metropolitan area with the largest priced out effect, in terms of absolute numbers, is New York-Newark-Jersey City, NY-NJ-PA, where 6,172 households would not be able to qualify for a mortgage to purchase a new median-priced home if its price goes up by $1,000. This is largely because New York metro area, where the median-priced new home is only affordable to 13.4% of households, is the most populous metro area with 7.4 million households. Chicago-Naperville-Elgin, IL-IN-WI metro area registers the second largest number of priced-out households (4,964), 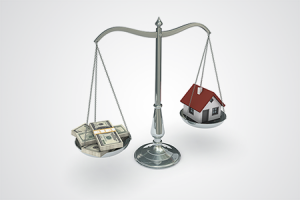 The 2020 NAHB priced-out estimates also demonstrate how rising interest rates can price out households out of the new home market.  Around 1.3 million household would no longer afford new median-priced homes if mortgage rates increase from 3.75% to 4% nationwide. Read the Full Article and view details by state in the full study by NAHB Economics and Housing Policy Group.