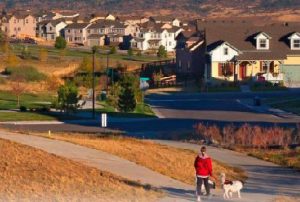 “A man is not a whole and complete man,” Walt Whitman claimed in 1856, “unless he owns a house and the ground it stands on.’’ In a little more than a century, the single-family house helped make America something new in the world: a nation of suburban homeowners.

Cape or ranch, colonial or contemporary, the house — more even than the car, the skyscraper or the Hollywood movie — is the American idol.
But now, demographic, political and meteorological changes are calling the future of the single-family house into question.
Its critics say that the house is too sprawling in a time of climate change, too expensive in a time of economic inequality and just too boring for many city-dwelling Millennials; that more of us should live closer together, in neighborhoods near mass transit, with less need to drive and more chance to interact.  Read the article by Rick Hampson, USA TODAY
Posted in Industry Articles
Scroll To Top