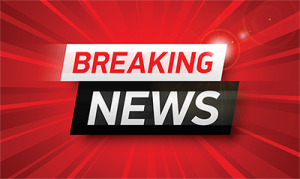 Colorado voters will not have the chance to decide in November whether or not to limit residential growth along the Front Range, as the author of a proposed ordinance to do just said he will not try to collect signatures to get his proposal on the statewide ballot.

Golden activist Daniel Hayes told the Denver Business Journal in an email Wednesday that the signature-gathering firm he was set to hire told him that a legal battle over the language of Initiative 66 concluded too late, leaving too little time to gather the signatures necessary to get it in front of voters this fall. He said that he was disappointed but will remain engaged in battles over issues like school bonding measures, which he feels are nothing more than growth subsidies to build schools for new homes.
Hayes’ statements came in response to an inquiry about a poll run by Coloradans for Responsible Reform, a business-led group that had re-formed this year specifically to fight the growth-limitation measure. The poll, done by Hill Research Consultants of Alabama, showed only 36 percent of voters supported the limitation, with another 50 percent opposed and 14 percent undecided.
Initiative 66 would have limited the seven counties in the Denver metro area, as well as El Paso, Larimer and Weld counties, to growing their permitted number of housing units by no more than 1 percent each year and would have banned local citizens from petitioning to remove the cap until 2021 at the earliest. It also would have allowed other cities and counties to ask voters to approve similar regulations and established statutory requirements on the number of voters needed to launch such local elections.
CFRR — which was led by groups such as the Colorado Association of Home Builders and Housing Colorado — argued that the proposal would cap growth artificially in low-unemployment counties currently booming from an influx of new jobs, and would have driven up already skyrocketing housing prices by limiting new supply on the market. Stand-alone homes and apartments each would have counted as one unit against the 1 percent growth cap. Read the Article by Ed Sealover, Reporter, Denver Business Journal
Posted in Advocacy, Industry Articles
Scroll To Top