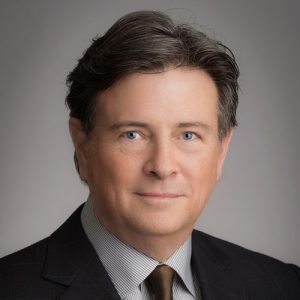 Credited with piloting the Home Builders Association of Metro Denver through the global financial meltdown of the 2000s, association chief executive and industry veteran Jeff Whiton has announced his retirement effective the end of this year.

The CEO of the Denver home builders since 2011, Whiton is wrapping up a 45-year career in the home building industry. He rose to prominence during his decades in the land development business, including as a home-building executive, earning praise within the industry for an impressive record of profit-focused growth. quality and integrity in the residential and commercial real estate arena.

Also related story as mentioned in the Denver Business Journal:https://goo.gl/Pfmi3J

A former Colorado president of U.S. Home (Lennar) and regional general manager for KB Home overseeing Colorado and New Mexico, Whiton earned cred in the business for turnaround quality and operational control as development leader behind more than 20,000 homes and 10,000 acres of multi-use development throughout 100-plus communities.

While at U.S. Home, Whiton rose in the ranks from project manager to region and division president positions, culminating in his promotion to Colorado president. As president, he opened up multiple markets while strengthening quality through customer feedback tracking — garnering top JD Power rankings, Homebuilder of the Year, Built Green Hall of Fame distinction, and more than 100 MAME Awards for design, quality, and location.

Whiton has served with numerous industry organizations in posts that included chairman of the Homebuilders Foundation; president of the Denver Homebuilders Association; founder of HomeAid Colorado; vice president for the Southeast Business Partnership, and chairman of both the Colorado Council on Economic Education and the Aurora Economic Development Council.

He recently recounted his years-long efforts to reinvigorate the Denver home builders association in a speech to the HBA board — noting how he had been planning for a retirement when board members approached him to take the reins and turn things around.

“When I took this job in 2011 the HBA was in sorry shape. The market had hit bottom in the Global Financial Crisis. Our board was even discussing bankruptcy,” he told the board. “We were about to lose our building. “

Eight years later, Whiton said, he can point to substantial success in reversing the once-ebbing fortunes of the HBA. And it’s now time to move on, he said.

“It may surprise you to hear that I am nearing 70.  After 45 years of building homes, I will be ready for some time to myself,” he said.

“There is no doubt that she is ready to take the reins of the HBA. At the end of 2018 I will leave it in her capable hands,” he told the board.

For the full text of Whiton’s farewell speech to the HBA board, please read on below:

“When I took this job in 2011 the HBA was in sorry shape. The market had hit bottom in the Global Financial Crisis. Our board was even discussing bankruptcy. We were about to lose our building. We had a couple of EO’s that had lost interest in living up to the challenges ahead.

I had just left KB Home and was getting ready to go into retirement when the executive           committee approached me about taking the CEO job for a couple of years to see what I could do to get the HBA back on track.

During the first month when I got the financials we had a net worth of negative $2,000. I faced the harsh reality of taking on this position.

Well it’s eight years later. People keep asking me how long am I going to do this? My reply is that I will keep on doing this as long as I am having fun. Well, I’m here to tell you that I’m still having fun. However, At the end of this year 2018 I am going to retire. It may surprise you to hear that I am nearing 70.  After 45 years of building homes, I will be ready for some time to myself. Unfortunately, I won’t be able to take all of the issues that face us with me.

I say this with pride. I always have been and will continue to be a home builder.

Since 2011, my partner in all the successes and the growth of the HBA has been Chérie Talbert. Outside of myself, no one knows and understands the inner workings and the breadth of the HBA in the industry and the community better than Chérie. Since 2011 I don’t think it is any exaggeration to state that the HBA’s advocacy efforts have had a $1 billion effect on the costs to the industry. I have always been grooming Chérie to take over the position of CEO of the HBA. There is no doubt that she is ready to take the reins of the HBA. At the end of 2018 I will leave it in her capable hands.

Over the next four months I will effect an orderly transition to Chérie’s leadership.

I want to pay special tribute to our staff for their efforts in making the HBA a successful and admired trade association.  I will miss everybody. With that said, I have loved this job. I will miss it. I will miss working with all of you on the Board, our Councils and Committees. The people in this association are the best. I realize nothing is forever and all good things must come to a conclusion. This will be good for me and the association will be able to continue to prosper under Chérie. I am glad I will be able to retire on top while the industry is enjoying growth and prosperous times once again.”