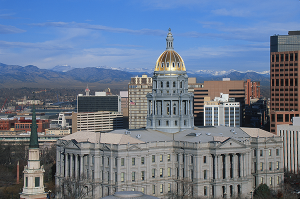 The Colorado Association of Home Builders participated in a stakeholder process during three meetings this past fall that sought to address affordable housing. That process has led to the following bills being introduced in the House, HB1228, which expands the Low-Income Housing Tax Credit (LIHTC). These bills have the support of more than 80 stakeholder organizations, including the CAHB,

HB19-1319: Incentives Developers Facilitate Affordable Housing (Position = Support) – This bill seeks to make two policy changes to support private and nonprofit developers in initiating financing and building affordable housing projects. Affordable housing developers are having difficulty obtaining financing from lenders because the claw back gives lenders too many restrictions. The bill would require an inventory of Public Lands Suitable for Affordable Housing Development and then would limit claw backs of property-tax exemption funds for affordable housing projects to enable lenders more ease to finance projects.

HB19-1322: Expand Supply Affordable Housing (Position = Support) – The bill would establish a new state fund in the Division of Housing to provide sustainable funding for programs and projects that improve, preserve or expand the supply of affordable workforce housing in Colorado. Revenue sources include General Fund, Unclaimed Property Trust Fund, Marijuana Cash Funds, and Gifts, Grants and Donations. HB1322 would require that the lesser of $40 million or 50 percent of the balance of funds from the Unclaimed Property Trust Fund be transferred to the Housing Development Grant Fund in June starting in FY 2019-20, with the last transfer in FY 2025-26. The Division of Housing is required to consult with stakeholders from urban and rural communities in order to determine how to meet the needs of local communities, serve populations with the greatest unmet need, and optimize the funds allocated. According to the bill, the funds transferred to the Housing Development Grant Fund may be spent for the following purposes:

SB19-237: Consumer Protection Ace Damages (Position = Oppose) –This bill seeks to increase the penalties allowed under the Colorado Consumer Protection Act (CCPA). Under current law, damage is awarded the greater of $500, actual damages or treble damages where a clear and convincing bad faith violation is proven. This bill increases that to a minimum statutory damage of $500 per violation, even for minor violations that don’t cause actual damages. It also incentivizes bringing class actions for smaller classes by making attorney fees available in class action lawsuits as opposed to only being able to get them in individual claims as it is currently. While one of the intentions of the bill is to aggregate smaller claims into class actions, the bill could also include construction claims. CAHB sees SB-237 as ripe for misuse by trial lawyers, and an unnecessary change to protect consumers under the CCPA.

Update on HB19-1289 – Changes to the Consumer Protection Act

The previous Capitol Closeup noted the GAC’s opposition to HB1289, changes that Colorado’s Attorney General would like to make to the Colorado Consumer Protection Act (CCPA). This bill seeks to create additional protections in the Colorado consumer code and enforcement of the CCPA for reckless acts. The bill, as introduced, also prohibited certain terms in standard form contracts. The CAHB was especially concerned about Part 12 of this bill, dealing with standard form contracts, which could have directly undermined arbitration, hurting our efforts to address construction litigation and housing affordability.

We are pleased to report that we successfully worked with House members and Attorney General Weiser to remove Part 12 from the bill. However, work remains on the bill and we continue to work with AG Weiser, stakeholders, and the state Senate on provisions we believe will impact housing. Specifically, the bill introduces catch-all terms such as “unfair” and “unconscionable.” Moreover, the bill removes a CCPA claim’s requirement to have a significant public impact in order to bring a private right of action. Taken together, these changes could open the floodgates on claims brought through the CCPA, which include treble damage awards. In addition:

The CAHB agrees with AG Weiser that tweaks to the CCPA could benefit his office’s ability to protect consumers against ever-changing scams or deceptive practices. However, as our state’s preeminent consumer protectors, any new authority to pursue claims under the CCPA, especially where a claim does not rise to a significant public impact, should be contained to an action brought by either the attorney general or a district attorney.
Certainty and predictability enable insurers to better calculate their exposure, which lowers insurance rates. HB1289 will harm the progress represented by construction-litigation reform by introducing more uncertainty with the potential for significant increases in litigation costs. The uncertainty further drives up insurance rates and exacerbates the existing affordable housing issues the legislature is trying to address.