Cullen will represent homebuilders in front of 34 local governments 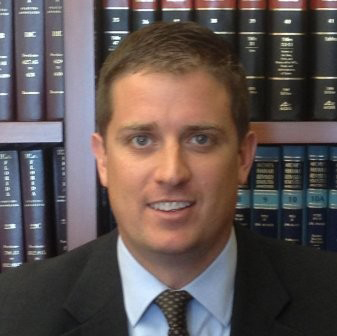 The Home Builders Association of Metro Denver (HBA) has tapped Morgan Cullen as its Director of Government Affairs. Cullen, who started with the HBA on Monday, will be responsible for outreach and interaction for the HBA and its members with 8 counties and 34 municipalities in the metro area.

“Morgan brings a wealth of knowledge and experience on the issues and concerns of Colorado’s local governments to the HBA,” said Ted Leighty, CEO of the HBA of Metro Denver. “Our members work each day to provide attainable and safe housing for our growing region. We work in partnership with our local governments to ensure we support the housing, economic development and job creation needs of our region. Morgan will be an effective voice for our members as we work with elected leaders and local government officials across the metro Denver area to accomplish our shared goals.”

Previous to his position at the HBA of Metro Denver, Cullen spent four years as the Legislative and Policy Advocate for the Colorado Municipal League, serving as one of the organization’s state legislative lobbyists. In this role, he handled transportation, sustainability, economic development, natural resources and environmental policy issues. Cullen also worked to build consensus among Colorado’s 270 cities and towns on key issues of local concern and advocated on their behalf before the General Assembly.

Cullen has served as the executive director of Accelerate Colorado, a statewide partnership between business and local governments that worked with Congress and federal leadership on issues critical to Colorado’s economic development, top industries and business community. Cullen’s professional experience includes working with the Aurora Economic Development Council as its director of public affairs. At the EDC, he was responsible for all government affairs issues and worked with the AEDC Board of Directors to develop and implement its public policy agenda and communicate its positions to council members, county commissioners, legislators, community leaders and other stakeholders across Colorado.

Cullen launched his public affairs career in Colorado as a senior policy advisor to Gov. Bill Owens. Before his position with the governor, he served two Congressional internships as well as two years as a Peace Corps Volunteer in Romania. He holds a master’s degree in Politics and Public Policy from the University of Colorado and a bachelor’s in Political Science, with a minor in History, from Western State College of Colorado.